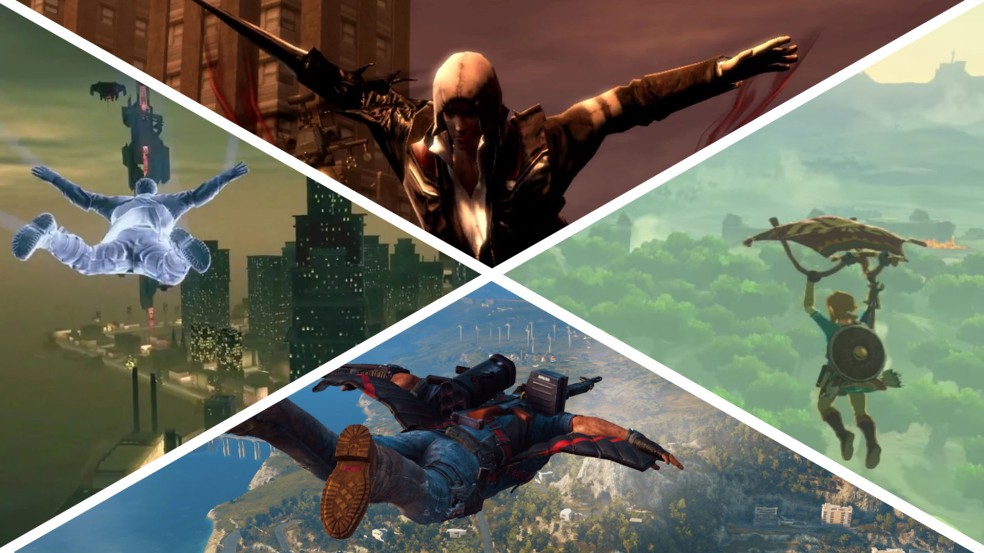 Hey all, this piece is a sequel to an earlier piece I did about running in games. Now I want to look at how characters glide in games. Recently I’ve been playing Just Cause 3 which got me thinking about its movement style. In Just Cause 3, you use a tether to grapple to a surface. If you press another button, your parachute deploys. If you press another button after that, you change into your wingsuit. The tether acts as a grappling hook from point A to point B. The parachute gives you an initial boost of height and then a slow descent to the ground. The wingsuit acts as a glide. While using the parachute or the wingsuit, using the tether will guide your flight and if used properly allow you to stay airborne. So, while thinking on this I was reminded of some other games whose movement is based on gliding and how that mechanic informs the game being played.

END_OF_DOCUMENT_TOKEN_TO_BE_REPLACED

So, this last week I returned to a game I first played in 2015. Prison Architect is a management simulation game where you run all aspects of a prison. The game might be comparable to games like SimCity or Cities Skylines on a much smaller and more violent scale. The game represents figures in the world in a style akin to stick figures. Initially, when I played Prison Architect I was very particular about caring for individual prisoners. I think I even had a good sense of prisoner names and the troublemakers. Now I treat them a bit like cattle in an abattoir. So that’s what I wanted to talk about. When is a human not a human in games?

END_OF_DOCUMENT_TOKEN_TO_BE_REPLACED 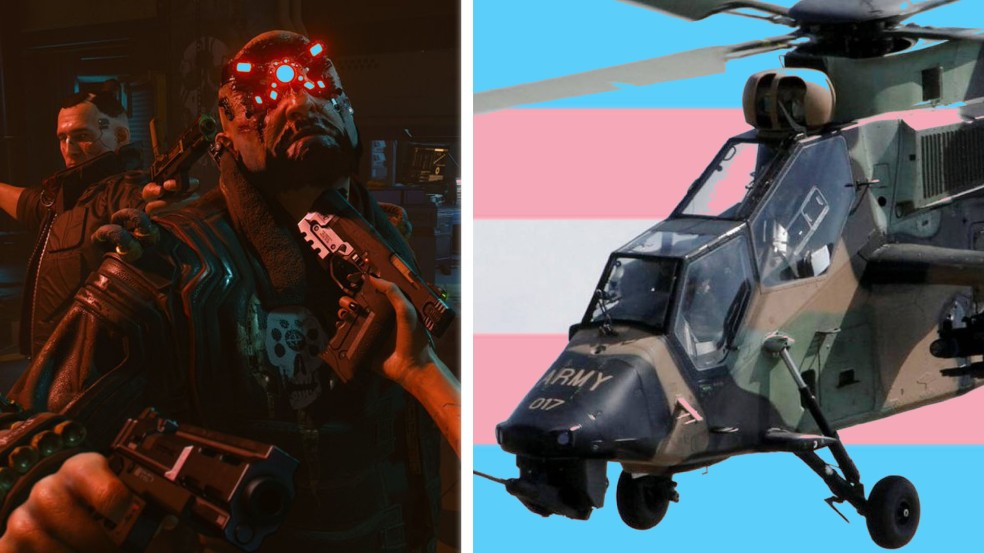 So recently the social media account for CD Projekt Red, of Witcher and Cyberpunk 2077 fame, made an off-colour ‘joke’ relying on the played-out line “Did you just assume my gender?”. Their apology was that classic non-apology ‘Sorry if you were offended’. Now, I read the replies to that tweet and boy howdy, I hate gamers. In the same way that a high school bully defends themselves when consequences come knocking, most of the replies boiled down to ‘it’s just a joke,’. Is it though? I’m going to explain why these sorts of ‘jokes’ are tired.

END_OF_DOCUMENT_TOKEN_TO_BE_REPLACED

No Man’s Sky is a game I’ve discussed before on this website. Now, two years on, No Man’s Sky has changed, and so have I. No Man’s Sky recently released its most recent, most ambitious update for the game. This is known as No Man’s Sky Next. Surrounding the game is a lot of discussion about the game as the developers poke their heads out to see if it’s safe. Back when the game launched, there was a whole fiasco about how big the gulf was between the marketing and the finished product. In my previous discussion of the game, I noted that the game was enjoyable enough albeit overpriced. As part of all this, it seems that No Man’s Sky is now remembered as a game that overpromised and underwhelmed. Discussion centred around a cynicism about returning to No Man’s Sky now that it had the “promised” features. The language around the game is about meeting a standard that was previously lied about. Here’s the thing, I certainly think there were deceptive elements to the pre-release marketing.  However, No Man’s Sky is a perfect storm in a teacup to examine gaming culture’s attitude towards developers as a whole.

END_OF_DOCUMENT_TOKEN_TO_BE_REPLACED

So, this past week I’ve been writing up elements of the world that I run D&D in. Now in my campaign, I have three players new to the world of D&D and one player who has been running his own games of D&D for ten years. Often, I will add elements of the lore of D&D into my world. When these elements are discussed, there is a back-and-forth about how they are typically portrayed in the canon of the lore and where my world differs. While writing up the deities of my world, I’ve thought more about where the stories that have been told about the gods differ. So, that’s a fun writing topic, what are the benefits of writing in an established universe?

END_OF_DOCUMENT_TOKEN_TO_BE_REPLACED

So recently there has been a small and vocal group who are dedicated to remaking the Last Jedi. Attempting to remake a movie that was a success at the box office by professionals from one of the richest studios with crowdfunded money and fan support, not even a year after the film was released, does shine a light on the absurdity of remakes. Remakes are often lambasted when they are announced. Why remake something that is already great? More importantly, what is the purpose of a remake?

END_OF_DOCUMENT_TOKEN_TO_BE_REPLACED 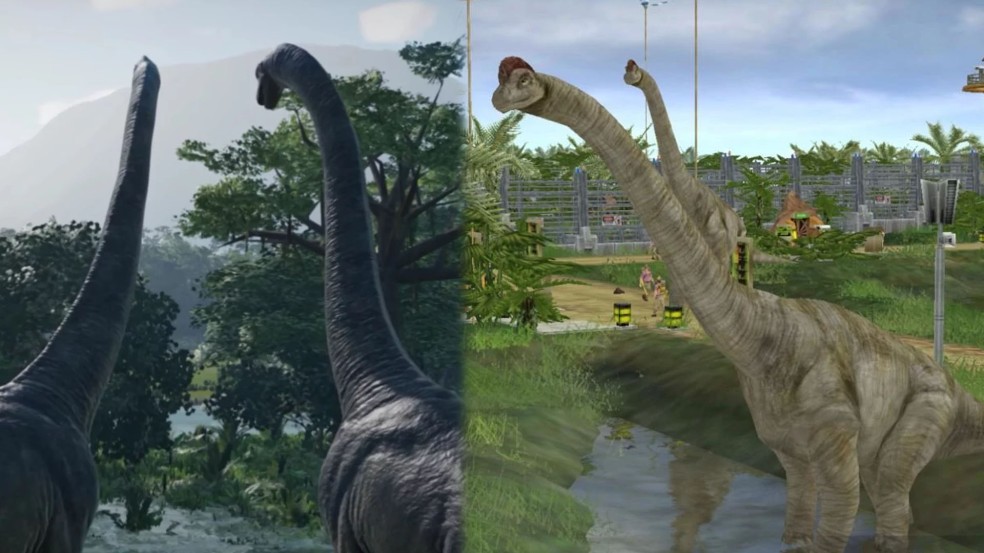 END_OF_DOCUMENT_TOKEN_TO_BE_REPLACED

So recently I’ve been keeping an ear to the ground regarding CD Projekt Red’s upcoming RPG, Cyberpunk 2077. The game didn’t wow me initially because all that was shown and still has been shown was a slick CG trailer. I’ve been hurt by the promise of slick CG trailers from beloved developers at E3 before. I need more than glittery promises to butter my gaming bread these days. I need reality. If a brief teaser is all you have, how far away is this title? *cough* Bethesda *cough*. There is some hope for Cyberpunk as it was first teased five years ago. CD Projekt Red received high praise for The Witcher 3 in 2015.

The thing that held me back about Cyberpunk 2077 is that cyberpunk isn’t my favourite genre. I enjoy the theming of the genre and its relevance to everyday life in the 21st century. What doesn’t appeal to me is the tired cyberpunk coat of paint that is applied. Lazy creators use it as a device to evoke titans of the genre, rather than having something significant to say themselves. However, since E3, I have been speaking about my tempered feelings for Cyberpunk 2077. The one hesitation I have is this: Make it accessible.

END_OF_DOCUMENT_TOKEN_TO_BE_REPLACED

So E3 was this week. What did I think? Some people will really enjoy what was represented. E3 is a space where companies try to put their best marketing foot forward. However, those who follow games actively have turned E3 into gaming Mecca or gaming Christmas. A mystical place where companies hear our wishes for games and answer them. Within this torrent of expectation vs. marketing, we all negotiate our thoughts about what we’ve been shown. Part of my E3 experience was watching ProJared recap each press conference. As part of this, he mentioned a note-worthy point. Critique the presentation you got, don’t judge the presentation because it’s not the presentation you wanted. For E3, grand advice. However, when viewed in the context of all games I wanted to examine this idea. Should a game be judged for what the game isn’t?