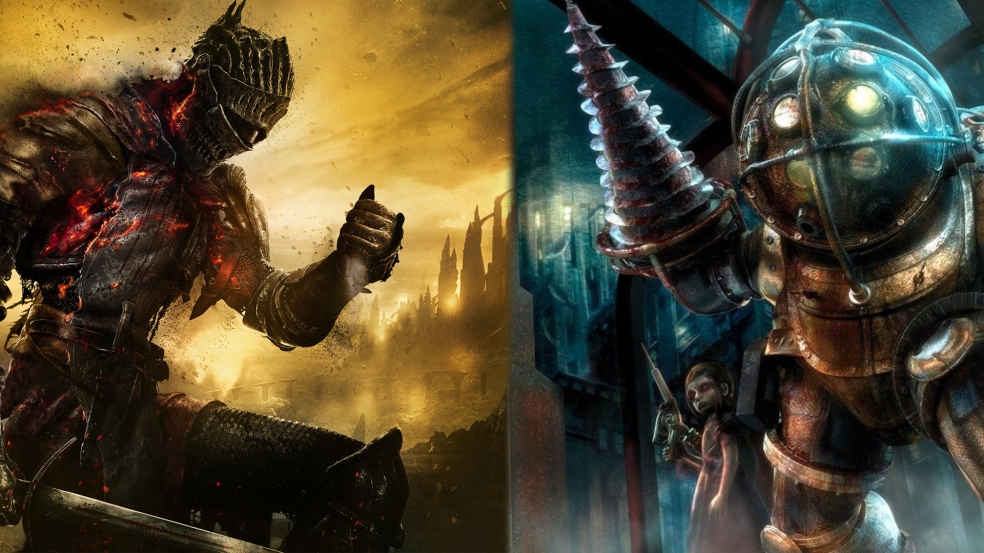 I have never played a Dark Souls. I don’t plan to. The series doesn’t grip me, but I want to make something clear. The reason the series hasn’t gripped me is not an issue of difficulty. Lots of people tend to think of the Souls series as a series that has difficulty as one of its core tenants. There are some people in the gaming community who unabashedly think that people just need to ‘git gud’. There are a couple of things that have dissuaded me from ever picking up a Souls game. First, is that the series wasn’t on my radar until late last year when everyone was extolling the virtues of Bloodborne, a game which completely passed me by because I no longer own a PS4. Then lots of people were talking up Dark Souls 3 this year. Before then it hadn’t been on my radar.

The second is an issue that I have with the wider gaming community. So, there’s this mentality among the community about the idea of ‘true’ gamers. Those people who buy every major release, devote their lives to impossible achievements, and some other arbitrary boundaries. It’s gatekeeping shit that exists in every slightly geeky community that was shunned in the late 20th century. It happens with comics (“If you haven’t read x, y, and z you’re not a true comic fan”), it happens with movies (“What do you mean you haven’t seen cult film x, it’s a classic”), and it happens with half a dozen other things. Most often it happens to women to delegitimise their fandom because lots of geeks have a persecution complex about their interests (but that’s neither here nor there, and possibly a future topic). Anyway, this gatekeeping shit tends to split people into hardcore and casual. People who self-identify as hardcore are often dismissive of ‘casuals’ and often have arbitrary gatekeeping criteria of what makes a real/hardcore gamer. They often condemn those who play mobile games, play Nintendo games, only buy the latest Call of Duty, and so on as being casual gamers. However, if we want our hobby to grow, we have to admit that there are multitudes of ways that people can play games, all of which are legitimate ways to play.

Anyway, slight tangents aside, this relates to Dark Souls because DS is often one of those gatekeeping tools by some. Some hold up Dark Souls difficulty as being some sort of initiation ritual. If doing something you don’t particularly enjoy is a pathway to being a hardcore gamer, then please call me a casual. There was some discussion a while back of putting an easy mode into Dark Souls and there was much rallying against that. Now I don’t think Dark Souls is inherently hard, I do think it’s difficult, but not inherently so. Rather, the way Dark Souls crafts its combat makes it a game that requires a different way of thinking to most games.

Most games you can play by ear, fight on instinct and such. While you certainly can do that in Dark Souls (please note that I’m talking about Dark Souls like I know what I’m talking about because I’ve listened to and read what others have said of the series), there’s something else that DS is trying to get you to do. DS is trying to get you to be careful. This is what I think the heart of DS is, not difficulty, but carefulness. Dark Souls gives you very simple weapons and asks to take on monstrous beasts. You will most likely die early on, but the important part is that you get back up again. As you progress, you might also get stronger, but mainly you get smarter, you learn not to fear the lumbering beasts but rather to find their weakness and attack it. This is Dark Souls’ connection to Bioshock.

So recently I’ve been playing Bioshock Remastered. When I first played Bioshock I was all of 16 and was running through experiencing the story as fast as I could. Often, I would avoid the Little Sisters (demented little girls who you’re rewarding for saving) and Big Daddies (their clunky, armoured protectors). The rewards were great for rescuing a Little Sister, but you first had to defeat the Big Daddies. On my initial playthrough, I held back until I was sure I could defeat the Big Daddies. I wanted to get the biggest weapon I could and fire it from far away. Like hiding behind the shield in Dark Souls this can often be the most boring way to play. It’s a fearful way of playing. However, in both games, when you know you can defeat something the initial fear goes away. Defeating these armoured monsters becomes easier when you realise that the best approach is getting in some quick attacks, and then dodging around the enemy. This is the secret to Dark Souls and Bioshock. Be careful, and don’t be afraid.