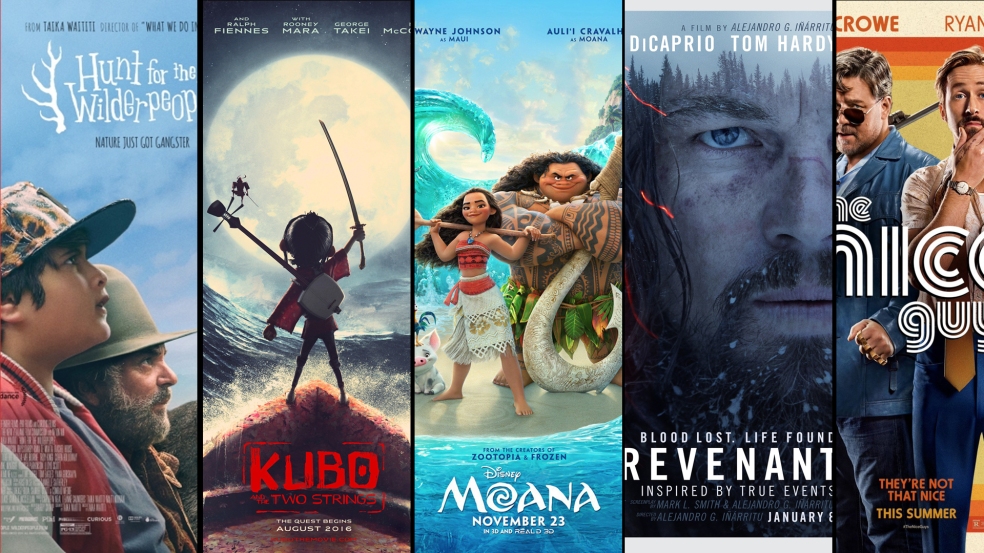 Hey all, so I wanted to compile my list of favourite things for 2016. However, I’m not doing it alone. I’ve brought in some of my previous collaborators from Geeked to discuss their favourite picks of the year. You can find their social media links at the end of their pieces. Enjoy!

Zoe – Kubo and the Two Strings

(Editor’s Note: I’m so glad Zoe picked this because it just lost out to my number one by the slimmest of margins) My favourite film of 2016 was Kubo and the Two Strings. Kubo combines my love for Japanese storytelling, Japanese aesthetics and themes, and stop motion animation (but stop motion animation that is more grounded, rather than the cartoony Shaun the Sheep, which I also love but for different reasons). The story telling of Kubo was engaging, and different enough that it was hard to predict what would happen next. The standout character of Monkey was refreshing as a grouchy, old mentor who was cautious and suspicious of others, and who over the course of the movie became an interesting and complex character.

2016 was the biggest year for superhero movies. Some incredible, such as Deadpool, Doctor Strange and Captain America: Civil War; others weren’t as good. While some might be tempted to name the more bombastic as their favourite, I was completely mesmerised by the absolute visual masterpiece that is The Revenant. From the moment I saw the first shot, I was hooked. Alejandro G Inurritu’s visionary style of direction pushes the boundaries of what a high budget blockbuster should look like. The way he uses long takes to immerse the viewer makes it feel more natural than other blockbusters, and with Emmanuel Lubezki as the DOP, there was no doubt that this film would be a master class of filmmaking and storytelling. The acting was superb, with Leonardo DiCaprio winning his first Oscar for his role as Hugh Glass. Tom Hardy was nominated for an Academy Award for the performance he gave as John Fitzgerald. I cannot explain how much I love this film. The Revenant may have been released in America last year, but in Australia, it opened on the 7th of January 2016, and therefore I can still call The Revenant my favourite movie of 2016.

Harry can be found on his Instagram at strangerthings47.

This might seem like a strange pick but these seems like a movie crafted to appeal to nearly all my pop culture sensibilities (and I don’t think it could appeal to all my sensibilities because a trip to near-future Tokyo where everyone rollerblades would’ve just been weird and not fit the film). The film’s tropical setting allows for some excellent water scenes, and nothing looks prettier in Disney CG than tropical waters. The story of two unlikely allies being thrown together on a quest and coming to appreciate each other appeals to my plot sensibilities. The music was partially the work of Lin-Manuel Miranda, the mind behind Hamilton (my favourite musical in recent memory). The initial script was penned by Taika Watiti, who has done some excellent comedy work as you’ll see below in my honourable mentions. The directors were behind some of the greatest works of the Disney Renaissance. Not to mention the highly enjoyable Tamatoa, played by Jermaine Clement. Just all these elements came together to create a deeply engaging film that held me enraptured for the entire course of it. I’ve been following the film since its announcement in 2014 and I’m so glad it not only met my expectations, but exceeded them.

Hunt for the Wilderpeople

Speaking of Taika Watiti, Hunt for the Wilderpeople was the film he wrote and directed this year. Apparently, it’s based on a book. If you’ve not watched a film by Taika Watiti before, they’re insanely funny (The other I’ve seen being the highly enjoyable 2014 film What We Do in the Shadows) and this is no different. It concerns Ricky Baker, a young, rebellious foster care kid who, after being shunted from home to home, finds himself in the care of an old couple in rural New Zealand. After tragedy strikes Ricky Baker heads off into the wilderness with Hec, played by Sam Neill. What follows is a manhunt for the presumed kidnapped Ricky, as the two of them avoid the authorities in order to live in the bush for as long as possible. The film is hilarious, but also deeply touching and well worth a watch if you haven’t seen it.

The Nice Guys is a story about two detectives in the 1970s, played by Russell Crowe (some might think I don’t like Russell for his turn as Javert, but if you put him in the right roles he works wonders) and Ryan Gosling, investigating the disappearance of a young girl. Both are fuck ups dealing with the collapse of their family lives. On their journey to uncover the truth they are joined by Gosling’s character’s wise-beyond-her-years daughter. The film is funny (that seems to be something I enjoyed in my films this year) and presents a finely crafted version of the 1970s. The climax of the film is engaging and full of action. The film is directed by Shane Black, so if you enjoyed Iron Man 3 you’ll find a similar joy here. Even if you didn’t enjoy Iron Man 3, there’s a lot to like here.