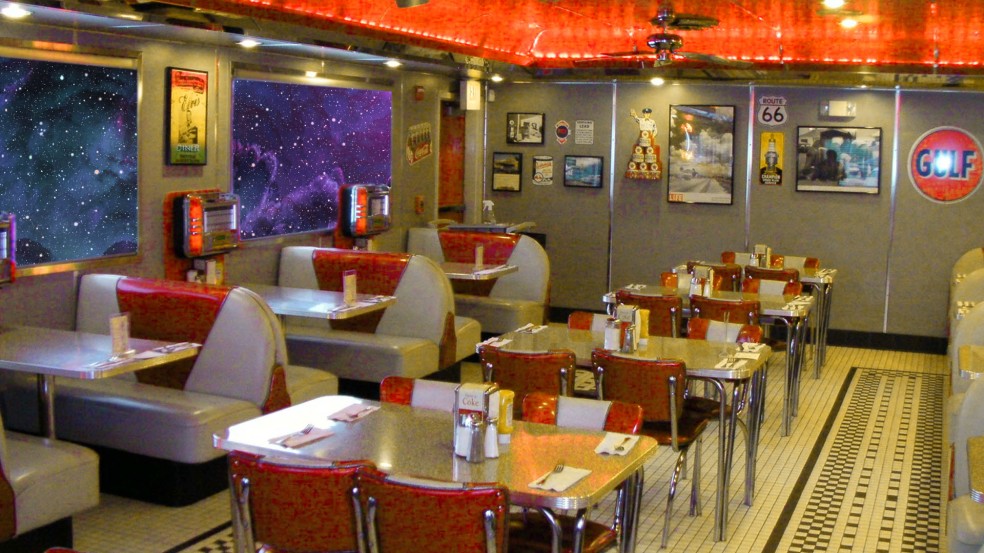 We are living in the end of history. Or at least we were. Francis Fukuyama, an American political scientist, posited that the end of the Cold War marked an end in the battle of ideologies in which liberal democracy was the winner. With that said, does the rise of the alt-right mean history is starting up again?

The two sat at the booth in the diner and discussed their plans. Mark had an agenda.

“Trauma’s too fresh for you. You need some perspective” Eli responded.

“Come on, he lost the popular vote. It’s only fair,” Mark argued

“What are you going to do? Up-end the electoral college? Gore in 2000?” Eli debated.

“Why not?” Mark asked glibly.

“Why not you ask? I’ll tell you why not. You’re not thinking fourth-dimensionally. You completely to see how the 45th President of the United States is a product of his time. The turbulent times I pulled you out of. You’d have to change entire ecosystems to prevent that malignant tumour of a man.” Eli rationalised.

“Would that be such a bad thing. The world I knew felt like an alternate timeline, like an unreality birthed into existence by racists. I deserve the chance to undo injustice.” Mark responded.

Eli sat back in his seat. He considered the decision, his hands hovering over his burger.

“You know what? Let’s do it. This will require careful planning and the Powers That Be might be on our asses, but fuck it. Let’s do something that matters”

The two finished their meal and went to leave. Eli began to notice that the diner was suspiciously empty. No service staff anywhere. Men and women in suits reading newspapers dotted the establishment. Eli moved Mark behind him and handed him a laser handgun. He drew his own laser pistol and held it up by his head, ready to fire. One of the suits that was closest stood and walked to approach them.

Eli shot him in the mouth. Eli ducked behind a nearby table, pulling Mark down beside him.

“Someone must have warned them about what we plan to do. Like us, they’re trying to stop a ripple effect at the source. Our decision to undo that date began here and must have some noticeable effects.”

The table they were under was being shot from every direction. Eli popped up every few seconds to shoot off a few shots towards the entrance, and their only exit. Eli pulled some smooth silver spheres from his pocket. He pressed the buttons on the top of the devices, and threw them directly up. They exploded into a fine mist that covered the restaurant, blinding the suits. Eli made his way to the exit shooting the suits point blank in the chest on his way. Mark followed. They escaped through the exit when Eli felt the smooth metal of a gun to his head. He turned to find one final suit aiming down the sites at him.

Ever the professional, she didn’t budge.

“Come on Cath, put the gun down. I’m no bad guy.” Eli rationalised.

“I was hoping they’d give us a little time before pursuing us,” Eli told Mark.

The two started slowly. The first step was buying up several domains before they were purchased by unscrupulous types. The likes of Breitbart and InfoWars were the first to be stopped. Next was the dismantling of the Electoral College, which took some research to deconstruct. Then the bankrupting of the 45th President’s father when 45 was only a child. Any one of these factors might have been enough but they needed to be certain. Next was the dismantling of the Murdoch empire beginning with the death of their patriarch. Eli and Mark were staring at an odd alternate reality they had created. They saw that it was good.

The world they returned to when they re-entered the time stream was one of relative peace. They had somehow curbed the rise of post-modern fascism and experienced no unfortunate side-effects.

“This was a wonderful idea, Mark. No idea why we didn’t think of it sooner” Eli stated.

“Yeah, who would’ve figured that those in power under 45’s administration would have absolutely no positive effect on society and that removing them would come with no negative consequences,” Mark stated, trying to make a poignant point.

“True. Removing Paul Ryan’s spine might have been a bit too far though.” Eli noted.

The two stood on the edge of a new day, wondering the full effects of their historical rewrite.