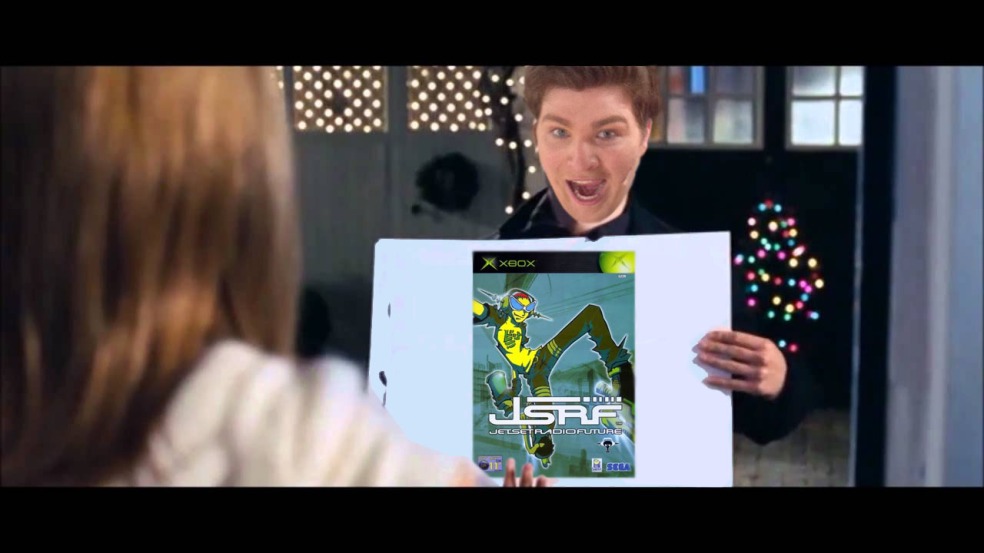 With Christmas coming up I wanted to write something festive. I talked about this with my brother and together we sort of came to this idea. I received my first gaming console on Christmas 2002. I knew that my Mum had been discussing the present with my uncle, who had suggested it. The present was codenamed ‘Zebra’, and we had no idea what it was. There were three consoles on sale that Christmas. We had never had a console before this point and it seemed that fate was to coalesce to provide us with a console that had also recently burst onto the scene. You may have already guessed from the header image but the console we were gifted was the original Xbox. A bulky, black box with slightly more in common with a PC than a console (guess the Xbone is more a return to form than anything). The original Xbox was ultimately winner of second place in that generation, losing out to the best-selling console of all time, the PlayStation 2. My brothers and I didn’t care. The original Xbox is remembered fondly amongst us and I’m sure we aren’t the only ones.

The Xbox would be lauded by history for three things: The beginning of the Halo series, Microsoft’s most well-known IP (before they purchased Minecraft some years back); being the first in the Xbox range, which has thrived in the new Millennium; and the advent of online gaming on consoles, with its Xbox Live service. I never experienced two of those landmark achievements. Back then my Internet was adequate but the process of plugging in an Ethernet cable was arcane knowledge to me. So, our Xbox remained squarely an offline box.

When we received our Xbox for Christmas, it came with two games. The first was Halo (a game later traded for its violent nature and replaced by NBA 2002), the second was a disk containing two games, a couple of demos, and some trailers. This disk was the much beloved Sega GT 2002/Jet Set Radio Future of our household. We still possess the disk despite it being scratched to hell. I might frame it on the wall, actually. That might seem unusual but this game holds such fond memories that it deserves its place on the wall. When it came time to initially play the new console I was given first go, because I was the eldest. There was a strict hour limit on my time, as there was with most technologies in our household until we started to get our own in late high school. I chose Sega GT 2002 to christen the new console and my first foray into gaming.

Sega GT 2002 was a fine game. It was a simple racing game, arcade-y enough that I enjoyed my time with it. To this day, I still enjoy somewhat arcade-y driving games. However, when it came time for me to hand the controller over to my younger brother something was immediately apparent. I had chosen incorrectly. My brother chose Jet Set Radio Future. After half a dozen credits and a brief loading screen, the screen burst to life. Out blasted an unusual song, somewhat techno in nature, and a burst of colours. It might look comparatively meek nowadays but made a hell of an impression on me. I watched my brother play the opening segments, wishing the controller was back in my hands again. That would have to wait till the next day but just by watching I came to love this game.

You play as a member of a street gang called the GGs. The GGs roller-skate around, spraying graffiti, believing in creative freedoms, and listening to their favourite pirate radio station, Jet Set Radio. This is where the charm of the game lies. Between the dulcet tones of DJ Professor K and the masterful soundtrack, every aspect of this game’s sound design is excellent. Its music is unlike anything in my iTunes library and yet I adore it. The weird eclectic charm of Jet Set doesn’t stop with its sound, however. Its visual language is just as interesting. The game is cel-shaded which gives it a somewhat cartoony aesthetic. I’m deeply out of my element here but from a brief google, I might describe its environments as somewhat resembling the cityscapes of Cowboy Bebop. Others amongst you might feel that its look like a drabber version of Sunset Overdrive (a not totally unjust comparison as a friend once described Sunset Overdrive as Zach game merely because it was shared common elements with JSRF and he was right). Characters, visually speaking, look like they were pulled from 90s skater and hip hop culture. The game is definitely a game of its time in both sound and visuals, but something about leaning into it makes the game timeless.

So, what’s the plot? Well, I’ve already hinted at it above but it is suitably crazy. You spend the early sections of the game encountering various rival street gangs but even in the early stages, it’s clear that something bigger is afoot. As explained in the opening expository cutscenes. Rokkaku Gouji is the biggest player in town. He owns a company called the Rokkaku Group. The Rokkaku Group essentially owns the government of Tokyo, the setting of the game. Rokakku hates freedom of expression and those damn kids on rollerblades. Rokakku sends law enforcement, which he owns, after you. As the game progresses, Rokakku continues to escalate his attacks on the street gangs of Tokyo who only want to spray graffiti. He sends tanks, spider tanks, mercenaries, giant train weapons, rival robot street gangs, and robot clones of your team mates after you all in an attempt to stamp out freedom of expression. Then, after all that fails because you defeated it all by spraying graffiti on it, he starts his own mind-controlling radio station, kidnaps everyone in the main bus terminal of Toyko, and uses their power to become a giant blue monster called A.ku.mu. You defeat this abomination by also spraying graffiti on it. That is positively bonkers, and I loved it. I still do. I hope I’ve been able to convey how crazy trying to explain this bizarre game is to you.

Now, you might be wondering why you haven’t heard of it or maybe you have heard of it but wonder why it never got a sequel. There are a couple reasons. Jet Set Radio as a series was never released on massively successful hardware. The original game in the series being released on the Sega Dreamcast, the death knell console for Sega, and JSRF being released on the original Xbox, a console that while successful was trounced by the PS2 in terms of sales. One large factor that I hadn’t considered until now is that the game is an Xbox exclusive and this very Japanese game probably didn’t sell well in Japan because the Xbox has never been the most popular console in Japan. The game probably didn’t do too well outside Japan either being as esoteric as it is, except in the regions where it was sold in a bundle with the original Xbox. It probably didn’t help that it was released very close to Halo in many regions. Not to mention some years after this Sega shifted tack and began pursuing mostly Sonic titles. There is hope on the horizon, however. One of Sega’s other maligned series of recent years, Shenmue, was revived via Kickstarter. In a poll that Sega conducted about returning franchises, Jet Set Radio ranked second. So perhaps there’s more demand for it than I imagined.

In closing I think I’d like to thank my Mum, this was the best Christmas present my brothers and I got as children, and I know she was behind the idea because I heard her conspiring. Though I would like to give a shout out to my Dad as well, for helping us complete the game 100% because unlocking all the characters got pretty tricky for an 11-year-old.

2 thoughts on “My First Game”